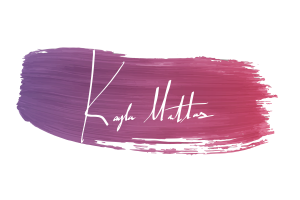 As Brooks Life Sciences acquired BioStorage Technologies in late 2015, they needed to expand awareness of their sample management services. Due to the overwhelmingly positive feedback from customers who visited BioStorage and the BioProcessing Solutions Alliance for tours, a virtual tour was created by the marketing team.

The virtual biorepository tour multi-channel program included video, email marketing, conferences, webinars scheduled with top industry publications, social marketing, PR, and media programs. A virtual webinar tour was taped and then launched as live webinars with Brooks staff participating in live Q&A forum to answer customer questions. Live tours of the facility were also scheduled with key customer accounts and iPads and WebEx was used to broadcast the live events with BioStorage and Brooks experts. A PRNewswire program was launched which included a media release to industry media and news outlets and a microsite that was used to funnel traffic from email marketing campaigns. The microsite included video and publications by internal BioStorage experts and customers, as well as taped presentations made at key conferences on the BioStorage global biorepositories. Since this was one of PRNewswire’s most successful multi-channel programs, they gave Brooks a free promotional posting of the webinar series on their billboard on Times Square for an entire day.

My part in these tours included storyboarding the actual tours with my director and working with the video editing vendor to make sure the tour scripts were properly edited for both large 30-minute tours and the promo videos, below. I was also responsible for sending mass email campaigns and social media posts as well as working with the vendors we selected for these campaigns to set up and test for the webinar dates.

This program was so successful it generated over 4,000 marketing qualified leads during the year and resulted in the sales of sample storage to 10 of the top biopharmaceutical companies and millions of dollars in sales. In addition, this program caused the FDA to request this format for an audit of the BioStorage US facility. This became a standard audit format offered to all customers evaluating the biorepositories around the world.